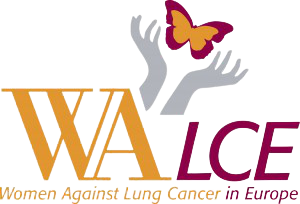 “Go out of tunnel. Don’t burn away your future” in Barcelona

“GO OUT OF THE TUNNEL. DON’T BURN AWAY YOUR FUTURE.”

Since 2015 WALCE is promoting “GO OUT OF THE TUNNEL. DON’T BURN AWAY YOUR FUTURE.”, a campaign focused on primary prevention, smoking cessation and lung cancer awareness, addressed to general public, media and political institutions. The program consists on a structure shaped as a giant cigarette committing pulmonologists and oncologists for performing counseling, displaying educational materials on smoking cessation and providing a basic spirometry test to people attending.

The Tunnel interior is divided into different areas:

In Italy the program has been organized as a roadshow and, during 2015 and 2016 (from the period of the World No-Tobacco Day, in May, until November, Lung Cancer Awareness Month) has toured 7 major Italian cities (Turin, Bari, Milan, Padua, Lecce, Messina and Rome).

In 2017, a third edition of this campaign took place; this time, both at Italian and European level: in Spring, on the 30th-31st May, a 2-day exhibition was organized in Place de la Monnaie in Brussels (as result, 450 spirometries have been performed and 600 people of any age, mainly smokers, joined the Tunnel asking information regarding smoke-related diseases and smoking cessation programs. The campaign catched the attention of local television broadcaster and journalists, as well.); in Autumn 2017, the initiative was successfully held in 3 different Italian cities (Palermo, Turin and Ravenna). The fourth edition, in November 2018, took place in Rome and Bari.

Over 15,000 people visited the Tunnel, involving groups of heterogeneous age: young people, adults and the elderly; more than 3,500 spirometries have been made. In addition, the former Italian Minister of Health, Hon. Beatrice Lorenzin, attended at the event in Rome, in 2015.

In 2019 WALCE is promoting, in cooperation with 2 major spanish organizations, Fundación MÁS QUE IDEAS and AEACaP-Asociación Española del Cáncer de Pulmón, and endorsed by The International Association for the Study of Lung Cancer (IASLC), The Lung Ambition Alliance and Fondazione Insieme contro il Cancro, a “GO OUT OF THE TUNNEL” event focused on primary prevention and awareness on lung cancer, on the occasion of the 20th World Conference on Lung Cancer – WCLC 2019, that will take place in Barcelona, Spain. The 2-day exhibition of the Tunnel will be arranged during that weekend (September 7/8, 2019 – Opening Time: 11 am-8 pm, free entry) in one of the city’s major square, Plaça de la Universitat.

With the unrestricted grant of AstraZeneca and MSD.